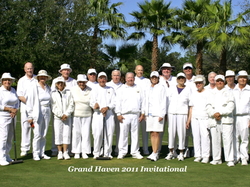 The 6th Annual Grand Haven Invitational got off to a good start, with 20 players arriving  on Tuesday for pre-tournament practice.  It was a good mixture of 8 Grand Haven players and 12 player representing other clubs. The weather cooperated with sunny skies, but cool and sometimes breezy conditions.

The tournament committee did a good job of mixing croquet play with social events to keep both the players and their guests entertained.  Yvonne Croizer, Social Director, was recognized for her efforts in planning the various social events, food, and beverage. 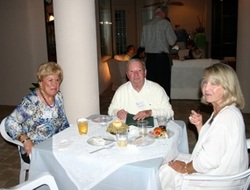 The Welcome/Reception Cocktail Party was held at the home of Pat Williams, where schedules and welcome gifts (Bucket Hat & Pin with GHCC Logo) were handed out to each player.  Players got acquainted over liquid refreshments, appetizers, and desserts under the light of the silvery full moon.

Off to the Courts ... Let the Games Begin 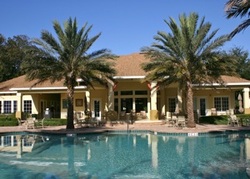 After play on Wednesday, a Buffet Dinner was served at the Creekside Activity Center giving everyone a chance to wind down and get to know each other better. 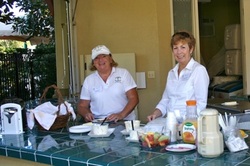 A special thanks to Yvonne, Anne Marie and all the many helpers for keeping everyone well fed and enjoying the many social activities.

Back to the Courts for More Games! 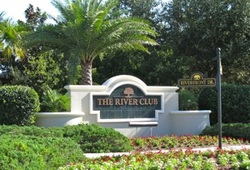 To The River Club for more cocktails & food...

On Friday, the Banquet Dinner was held at the Grand Haven River Club giving everyone a chance to get out of their whites and wear colorful attire.  While cocktails were being served, participants had an opportunity to view a slideshow that Bonnie Umphreys put together of the tournament play.
Back to the Courts ...

Saturday morning was a single elimination ladder with the top 4 players from each flight competing for the Invitational Championships. I 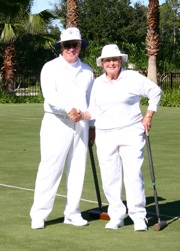 In 1st Flight, it was Rich Burns, Joe Zilligen, Cassandra Gaisor, and Don Lancto which resulted in a final match between Joe & Cassandra with Cassandra taking 1st Place in First Flight. 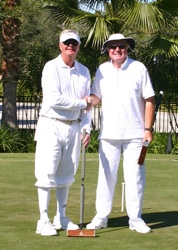 In 2nd Flight, it was Dave Yurk, Don White, Tom Shelko, and Dorthy Fosse, resulting in a final match between Dave & Tom, with Dave taking 1st Place in Second Flight. 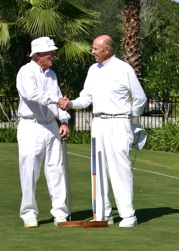 In 3rd Flight, it was Les Avera, Bo Bohannon, Marilyn Heberling, and Terry Philcox, resulting in a final match between Les & Terry, with Les taking 1st Place in Third Flight 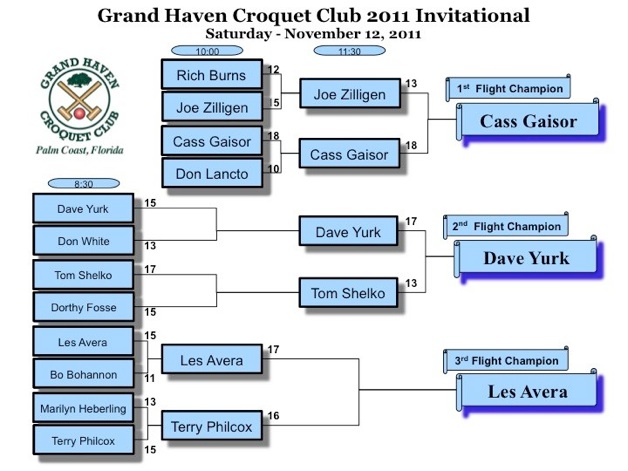