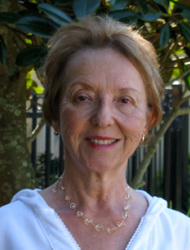 Fred Jones was the Tournament Director and matched up the 39 players, playing in four flights with handicaps ranging from -0.5 to 16.

Gabriella had an outstanding tournament taking 1st Place in the First Flight against 14 others players.  She collected 49 points toward her handicap and ended up lowering her handicap from a 7 to 4.5!!!

Everyone was so busy playing that they forgot to take pictures of the event & trophies.

Congratulations to Gabriella on her outstanding accomplishment!