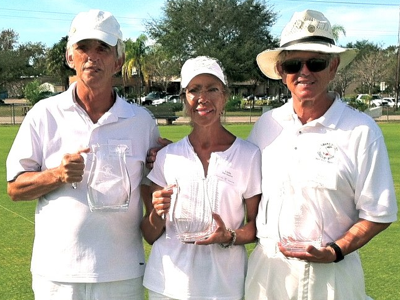 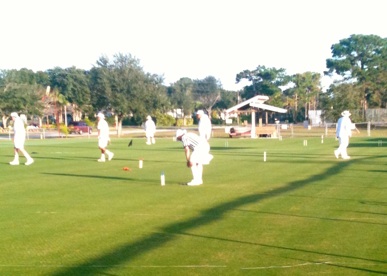 The tournament was held over three days on four newly refurbished regulation sized courts in Wellfield Park, property that is owned by the City of Venice and maintained by the Sarasota County Parks & Recreation Department. The SCCC is the largest public facility dedicated to croquet, in the United States.

With a total of 37 players, play consisted of four flights of singles for players with handicaps of 12 or less.  Each day started with a little fog which quickly burned off to perfect tournament weather. 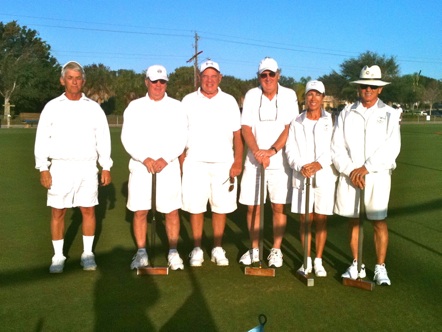 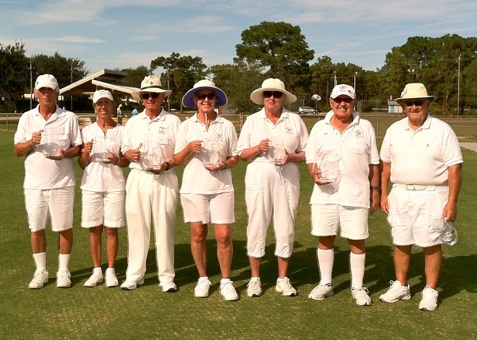 Congratulations to all the Grand Haven Players
for a great showing!!!