Grand Haven Croquet Club
Ask the Ref..
Have a question, did something happen during your game, and you didn't know the right rule or resolution to the situation.

This is your place to ask the ref.
Any members encountering situations where there was a dispute over the USCA rules, or they just want clarification of a rule or questionable situation, they can get a resolution by submitting it to our club referee panel.

Just complete the information below and submit.  Two or more of our club referees will address the situation.  If we are uncertain as to the correct ruling or do not reach unanimous consent, we will submit the question to the USCA Rules Committee.  In describing the questionable situation, do not use player's names, but simply use ball colors.  We will answer the member submitting the question directly and also publish the question and answer on this website for all members to see.

Submitted Questions
American 6-Wicket  Rules Question:
The Yellow ball is on the playing side of wicket 4 about three-questers of a ball back from the upright, and the Black ball is over by wicket 5.  Player shooting Yellow believes they are wired on Black because there is not a ball's distance between Yellow and the wicket.  Is Yellow wired? 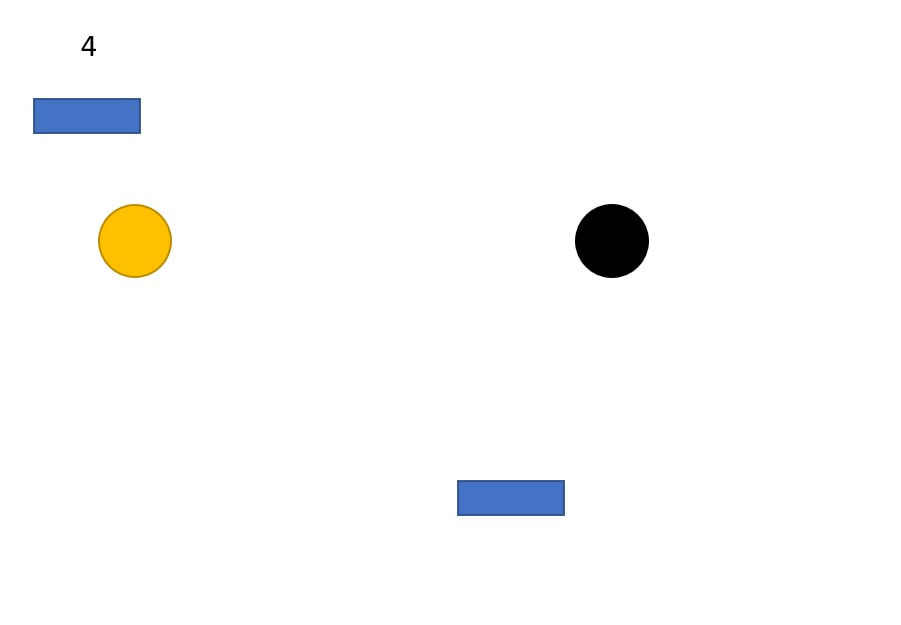 Answer: (Joe Zilligen) As described and illustrated - NO WIRE.  There is no such requirement that the striker ball (Yellow) must be at least 3-5/8" away from a wicket.  The key regarding the striker ball has to do with freedom of swing and unhampered ability to hit the striker ball (Yellow), which appears to be the case in this illustration.  Interestingly, however, it appears that Black may be wired on Yellow (American Six Wicket Rule Book, 9.3 Wired Ball, a, b, and c).
American 6-Wicket  Rules Question:
(1) Wicket 5, Black has roqueted Yellow, and is now ball-in-hand.  Black takes its croquet shot rolling Yellow past the stake towards Wicket 6, and Black rolls into Blue, which Black is already dead on.  When Black strikes a dead ball (Blue), do all balls return to their original position, in this case Yellow, Black, and Blue, or does Yellow stay where it is, since it was a legal shot and only Black and Blue return to their original position, and turn over? (11.3c)

(2) The Second part of this question involves Red.  If Blue rolls into Red once being hit by Black, does Red stay where it lands or does it also go back like Blue and Black? 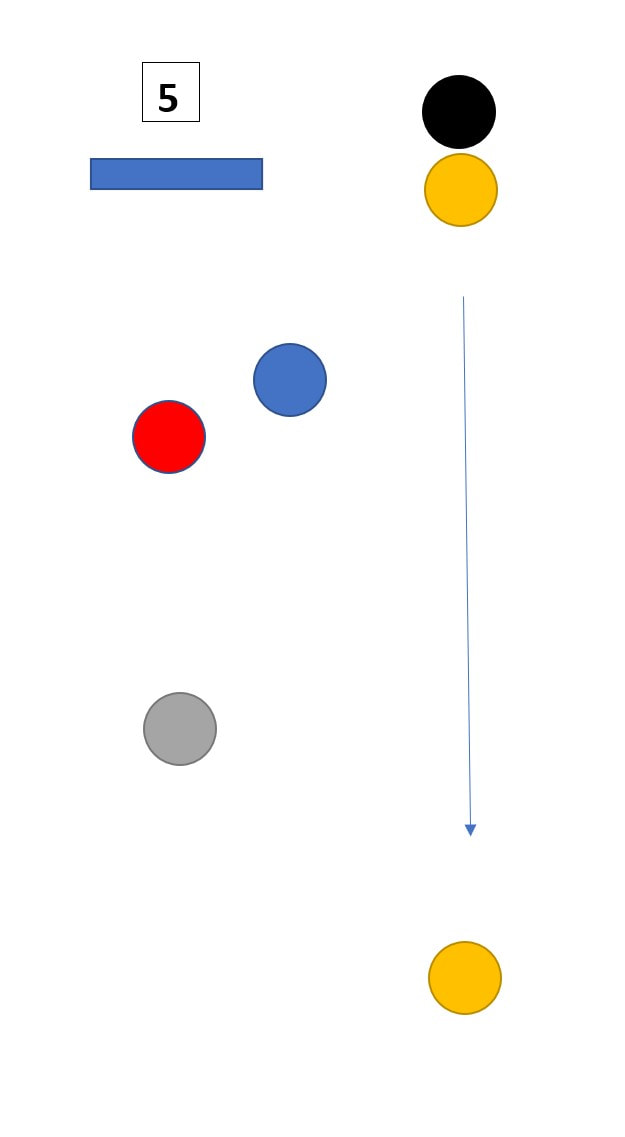 Answer: (Joe Zilligen)  1. Yellow stays since it was a legal shot, but Blue and Black are returned and turn is over (11.3c).  2.  Red remains where it landed.  If a dead ball fault occurs, the turn ends and all balls are replaced to where they were when the shot began (rule 12.2a), except that if a dead ball fault occurs in a croquet shot, only the striker ball and any stationary ball hit by the striker ball are replaced, while any other balls, including any moving dead ball, remain where they came to rest and receive credit for any points scored.

American 6-Wicket  Rules Question:  Three players, one doubles team playing Blue/Black and one single player playing Red/Yellow.  It's Blue's turn to play, but they strike the Black ball instead of the Blue ball.  Is this a wrong ball played and turn over?
Answer: (Joe Zilligen)  It depends on whose turn it is, If it is Blue's turn, and he hits Black, it's a wrong ball fault and balls are replaced, turn over (11.2 a2).  But, if it's Black's turn to play and Blue hits Black's ball, it considered playing out of turn, no penality, and balls go back and Black takes its turn.  Bottom line, it must be player's turn to commit a wrong ball fault, otherwise it's out of turn play which has no penality (11.2c).
American 6-Wicket Rules Question:  If Blue roquets the Red ball, and Blue happens to go through its wicket, after the strike.  If Red stays in bounds after the roquet, we know that Blue would not score that wicket, since they are now ball-in-hand on Red and must take croquet off Red to score the wicket.  What would happen if after Blue roquets Red, Blue goes through its wicket, but Red goes out of bounds.  Blue would not be dead on Red in this situation, no ball-in hand because Red is out of bounds and Blue's turn is over.  Would Blue score the wicket in this situation?
Answer: (Joe Zilligen & Johnny Mitchel)  In the event Blue roquets Red out of bounds, Blue is not dead on Red nor ball-in-hand, but turn is over, and no wicket is scored.  Rule 6.2d clearly states "After the striker ball makes a roquet, it cannot subsequently in the same shot score for itself the stake or a wicket other than the #1 wicket".
Website Page last modified May 07, 2022