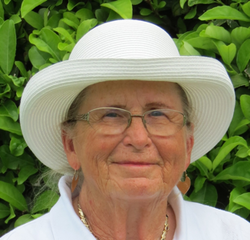 Cassandra Gaisor was named Club Champion for the second time in the five year history of the Championship.  Sadly, the reigning three time Champion, Chick Carpino, was unable to defend his title due to a back injury.  We all wish him a speedy recovery and can’t wait to see him compete in next year’s event. 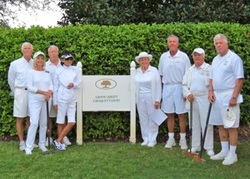 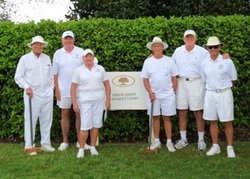 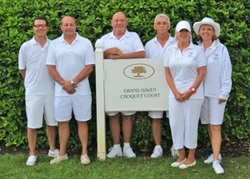 Time to Head to the Courts

The tournament got off to a good start, but then the rains came...

The players put on their rain gear and continued play.  The rain was short lived and the remainder of the tournament was played in extraordinary spring temperatures as everyone put on their sun-block and basked in the sun.

The play was spirited and the crowd was riveted to the high level of play in all of the flights.  All of the flights in block play were tightly contested and the outcomes to qualify for the Saturday playoffs went down to the last game of the day in every flight.

During the semi-final playoffs, the excellent level of play in all three matches made it difficult to distinguish between the flights.

The Tournament Director kept a watchful eye on Ray Umphreys as he calculated all the standings during the tournament.

On the last day of block play, Ray was able to quickly provide the line-ups for the finals. 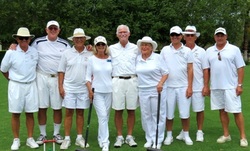 Last day of play, time for the finals...

After close and hard fought matches, the players on the left emerged victoriously from the semi-final playoffs and moved on to the finals. 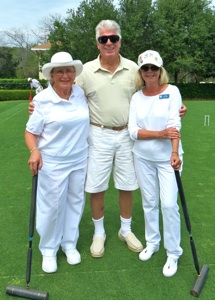 Chick Carpino, last year’s champion, was on hand to congratulate both Pat and Cass on their close match and assured them, he would be back next year to fight for the club title.

I would like to say a few words before I hand out the hard earned trophies.

The membership did a great job in supporting the event. During the four day tournament, nearly 200 people attended during the tournament and observed excellent players under excellent conditions.

The success of the tournament was achieved through the hard work and dedication of our members, specifically, Dave Yurk, our Tournament Manager for keeping everything running smoothly. Ray and Bonnie Umphreys, Yvonne Croizer and her helpers Marilyn Gingles, Anne Marie Zilligen, and Betty Yurk. The board keepers were attentive, precise, and plentiful and our team of referees performed up to tournament standards. 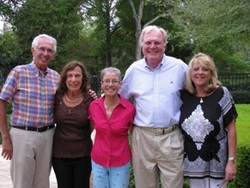 I would also like to thank our hosts & co-hosts for pulling together the Social at Creekside.  It was well attended with lots of good food, so thanks to Nobi Koop, Maggie & Tom Selko, and Dave & Debby Barry.

It was a great tournament that was enjoyed by all.

Rich presented the awards to the winners 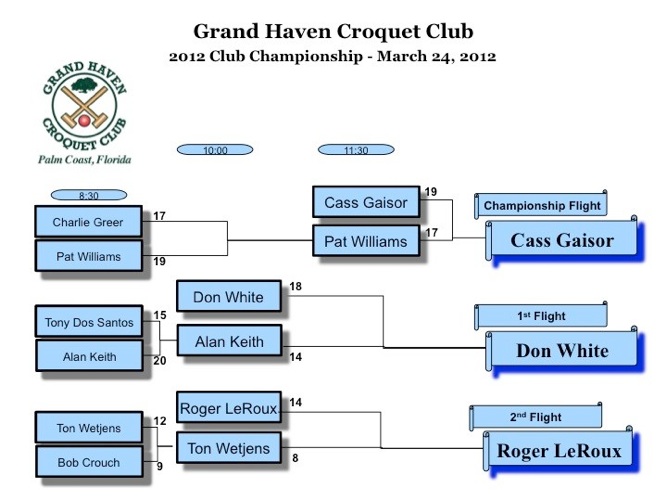