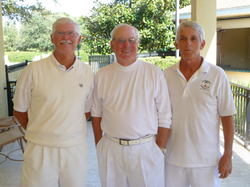 Richard Burns, Charlie Greer, and Bob Crouch took home the 1st Place Trophies in the 7th Annual Grand Haven Invitational. The tournament got off to a good start, with 24 players arriving  on Tuesday for pre-tournament practice.  It was a good mixture of 10 Grand Haven players and 14 players representing other clubs. The weather was a little cool but the skies were sunny and clear. 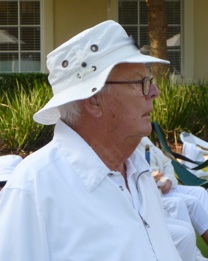 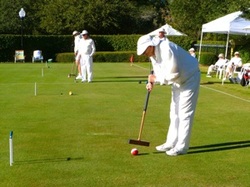 Games were held on an oversized court, divided into two, allowing for
4 staggered matches at a time.

The Welcome Reception was held at the home of Pat Williams, where schedules and favors were handed out.  Players got acquainted over endless liquid refreshments, appetizers, and desserts.

Off to the courts to play some tournament croquet...


Championship Flight with handicaps from 4 - 6:

First Flight with handicaps from 6 - 10:

River Club for Cocktails and Food

Saturday morning the crowds gathered to watch a single elimination ladder for the finals. 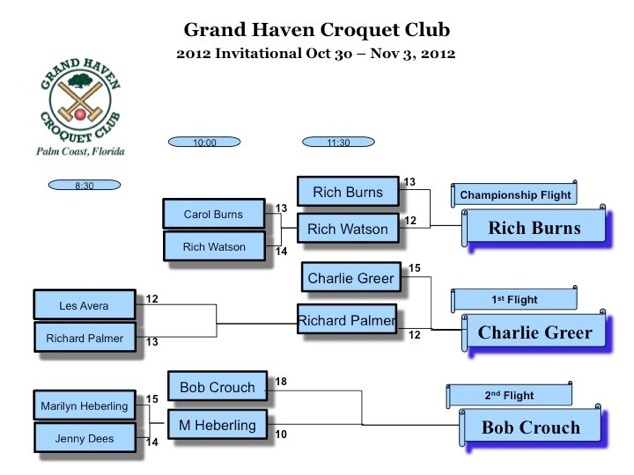