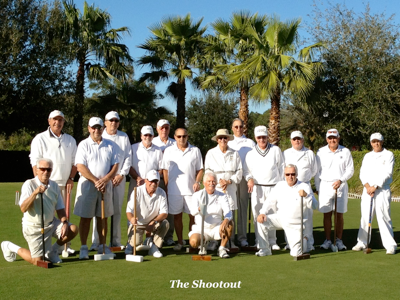 The Grand Haven Croquet Players & Golfers got together for a Shootout. The first part of the challenge was held on the Croquet Courts.

The group played 4 games of Golf Croquet. Scoring was based on 3 points for a win, 2 points for a tie and 0 points for a loss. On that basis, the Croquet Team won this portion of the challenge with a score of 35 points to the Golf Team's 17 points. 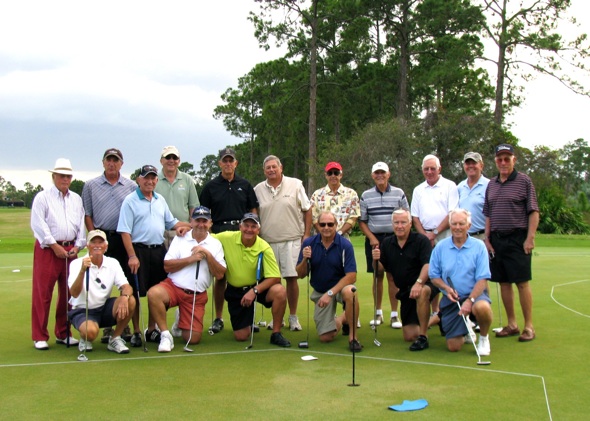 When it was time to add up the scores, everyone had a different total...19 to 16, 10 to 7, seems like there were no accountants in the group...just a bunch of winners.