The Bald Head Island - 25th Invitational was held May 28-Jun 3, 2012. The Tournament was dedicated to the Memory of Bill Berne who championed the creation of the Croquet Club.

The Grand Haven Croquet Club was represented by Antonia & Vincent Marmo at this USCA sanctioned event.
This year the Bald Head Island Club offered three flights of competition in both singles and Waterford doubles.  Trophies were given to the first and second place winners in each flight. 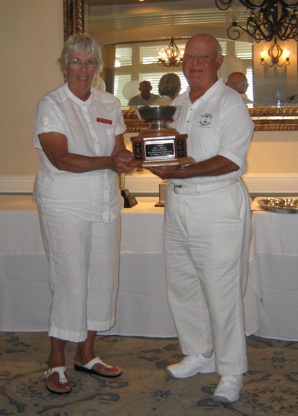