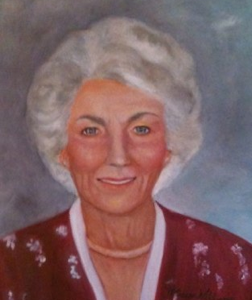 The setting was outstanding, the weather was fine, the players were gracious, the food was superb, and the Eighth Annual Dorthy Fosse Invitational played May 1st to the 4th at Hammock Dunes, Palm Coast, Florida was a huge success.

The grass on both courts was perfectly green and smooth, the balls rolled true (there were a couple of boundaries that added a little character to the greens), and the competition was keen. The courts are situated just outside the clubhouse, between the club and the Atlantic Ocean, so a nice, but sometimes strong, ocean breeze kept everyone cool. Thunderstorms predicted for Saturday afternoon, and again for Sunday morning never materialized

The two additional courts that were used became available through the generosity of the golf course superintendent utilizing an unused practice tee area on the driving range at the Creek Course. The generosity and co-operation of the golf course personnel was deeply appreciated. Although these courts played slower, they were level and competitive.

Championship flight, consisting of eight players, played on the south full size court. Led by Ted Knopf with a handicap of –1.5, and topped by Michael Carmichael with a handicap of 3. Block play was the order of the day Thursday and Friday with a double elimination ladder on Saturday and Sunday for all flights. Ted Knopf was first in the block with 5 of 6 wins, followed closely by Bob Chilton, Bill Grimsdale, and Michael Carmichael with 4 wins to their credit. The first upset was Carmichael defeating Knopf 17-16 in the second round of the ladder. Ted proceeded through the losers bracket defeating three opponents to meet Michael, who was undefeated, in the finals Sunday at 11:00. In a close game, each with a reasonable break, in last turn Michael left Ted with a wire, allowing him to lift to the center of the north boundary, and with a take-off to Penultimate, making it to win 16-15.

First flight, played the first two days on the north court, followed by the ladder play-off on the Creek Courts on Saturday, and returning to the Dunes courts on Sunday for the last three games of the ladder. John Ryan was first in the block with 4 wins, with Avril Nicholson and Pat Williams also with 4. In the ladder John did not fare as well, as Marge Cramer defeated in the first round, took six in a row to end up in the finals against undefeated Chick Carpino. Outplayed, Chick went down in defeat to Marge 22-10.

Second flight, with fifteen players, was programmed into two blocks, with the top finishers Mark Houslop and Margie DeTemple being seeded #1 and #2. John Herring, making a strong showing in the block was seeded #3. As it turned out, Margie having been relegated to the loser bracket by Mark Houslop, came back to play him in the finals, and defeated Mark 15-13 to take the honors. Each block played one day at the Creek courts.

Friday evening saw us in the main dining room of the club for an evening of cocktails and dinner, followed by a tribute to Dorthy Fosse, the founder and driving force through the years at Hammock Dunes, with a presentation of a portrait of Dorthy painted by former club president Pat Williams. Incidentally Dorthy played well, winning five games in the block and one in the ladder the finish fifth in a flight of fifteen. Also lowered her handicap to a 9.

Sunday, following the finals, which wrapped up at 1:00 PM, a delightful buffet luncheon was served, with strawberry sundaes for desert, culminating with the awards ceremony. Trophies were hand crafted croquet relics by Win Fosse, and were something to be cherished.