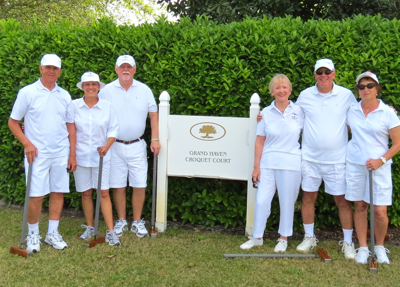 On a cloudy Monday afternoon, 6 rookies participated in the Second Rookie Playoff to take home a trophy and title “Rookie of the Year”.  All 6 players were regulars in the Monday afternoon clinic and it was time to give them a taste of tournament play and push them out of the nest. 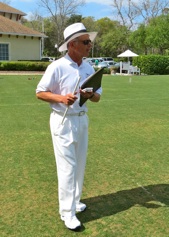 The last “Rookie of the Year”, Tony Dos Santos, was responsible for putting together the games. 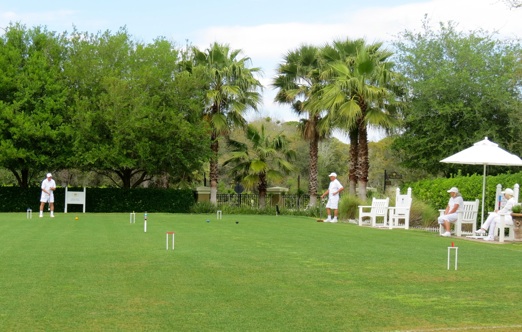 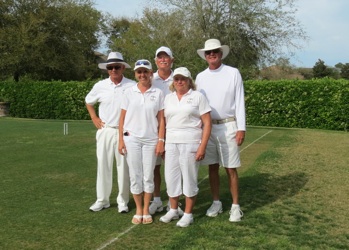 The players in the Monday afternoon clinic, have been coached over the past year by:    (L to R) Tony Dos Santos, Nancy Crouch, Charlie Greer, Yvonne Croizer, David Yurk, and Nobi Koop (not in photo).  There was a great feeling of accomplishment by all the coaches who nurtured the fledglings along. It was obvious that all of their hard work paid off and the coaches will soon be faced with more competition.
Because of the tie, another rotation was played.  Daniele played both her balls and scored one more point.  Bill, who scored a point with his first ball, was about to play his second ball with the score tied again.  Bill managed to stay calm and made a couple of great shots to score the winning point, win the playoff, and claimed the title. 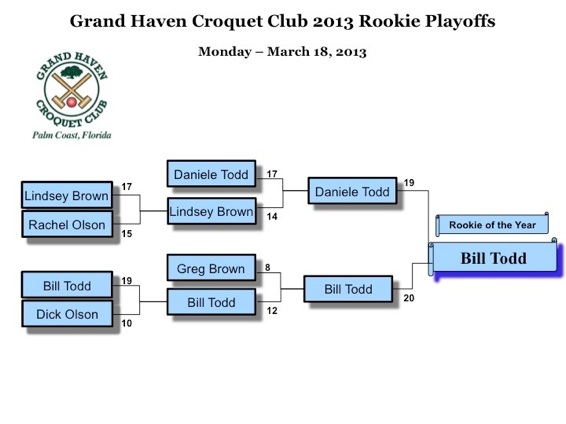 "I would like to thank everyone for supporting this event" 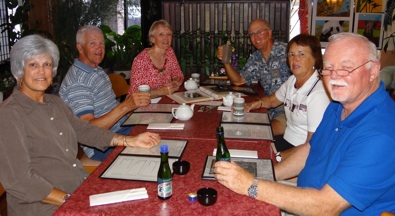