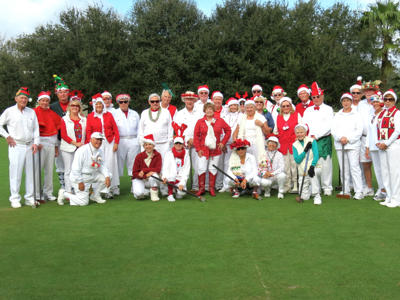 
Players came dressed in their Christmas attire with colorful hats, santa pants, fancy knee hi’s, beads, bells and balls.  Many were after one of the coveted “useless” prizes for the person with the biggest balls, the most balls, and the best hat.
Beverages, cookies, and snacks were served during play.  After the awards were handed out, BBQ was served poolside. 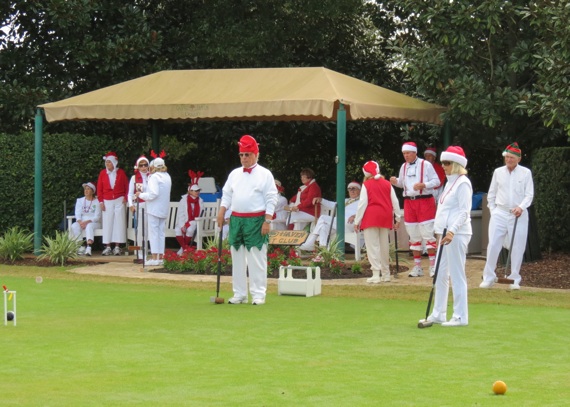 There was an excellent turnout by the new members...trying to figure out what was going on...this was not like anything they learned in class, but it was obvious they are quick learners.
In the spirit of the holidays, George continued with his gift giving tradition of handing out useless prizes.
Special thanks to George and PERV the Elf for making this a fun filled event.