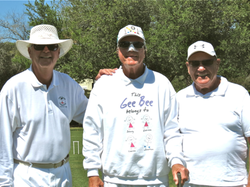 David Yurk, George Betz, and John Fitterman took home the 1st Place Trophies in the Grand Haven Club Championship.  After beating Lester Avera, who was undefeated going into the finals, George Betz was declared Club Champion with a 21 to 16 win to take home the grand prize. 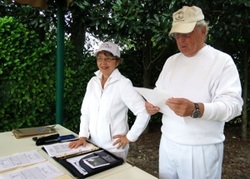 The Club President, Rich Burns, kicked off the tournament thanking everyone for their participation and the hard work of the Tournament Director, Gabriella Tuscano for pulling everything together. 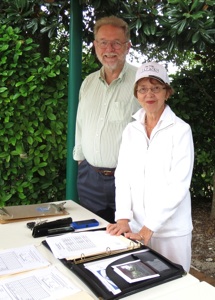 Gabriella then announced the lineups and handed out the schedule for the week.  The tournament was split into three flights of six players each.  Gabriella also announced that Ray Umphreys, Software Engineer, would be using the USCA software to tabulate the results.  This was the second year that Ray was on hand to quickly calculate the results at the end of the day and providing the standings at the beginning of each day.  He was also able to distribute to each player’s score card at the end of the tournament. 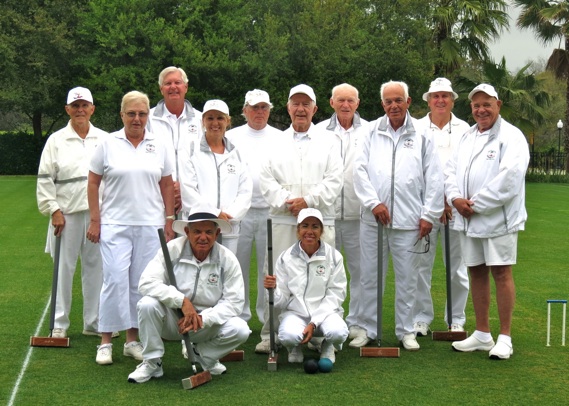 Second Flight
At the end of the first day, there were some upsets to be reported in the Championship Flight with George beating Rich and Lester beating both Rich and Patricia. Only time would tell if the leaders could hold on until the end.
At the end of block play, Lester, David, and Ton were heading to the Saturday ladder all going undefeated after three days of chilly weather.

Saturday morning crowds gathered to watch a single elimination ladder for the finals. 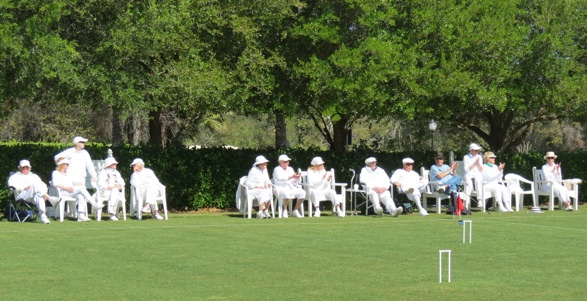 After a chilly week, the weather was perfect for the finals with the top three players from each flight playing in a single elimination ladder.

Trophies for the Winners 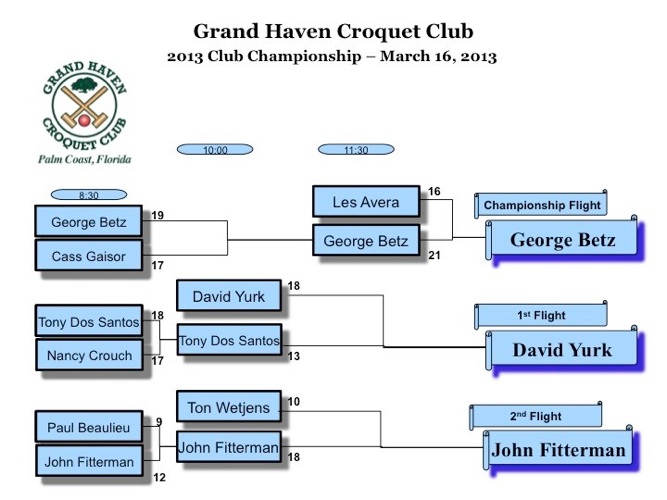