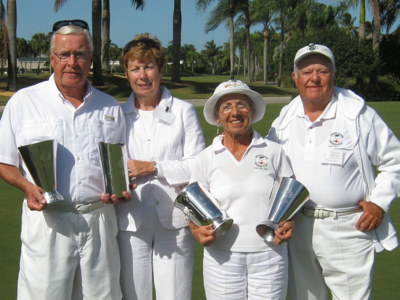 The tournament was held under beautiful sunny skies on two full size courts.  Play consisted of three flight of singles for players with handicaps of 14 or less.  Each day started, with one game of Waterford Doubles.  In singles, block play preceded a modified double elimination ladder.  Everyone played well. 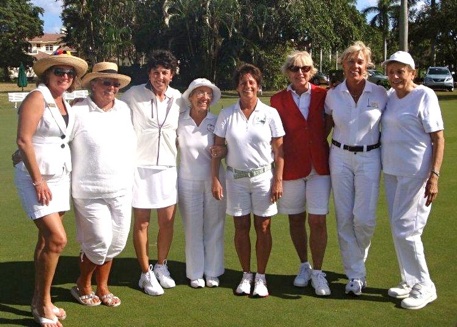 Group photo of all the ladies -  50% of the tournament participants were women.  Three of the women placed 1st, 2nd, and 3rd in the Championship Flight and are ranked #1, #3, and #7 in the USCA rankings.
Social activities included an opening reception at the home of the club president, “Changes in Latitudes, Changes in Attitudes” Party with Dinner & Dancing in the Yacht Club Main Dining Room, and a Courtside BBQ at the Croquet Gazebo during the Finals.